I Have My Rights 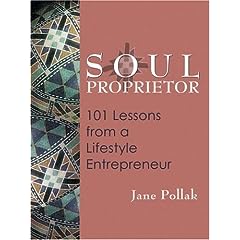 It all started when I noticed that my book Soul Proprietor had a different  jacket representing it on amazon.com. Then I saw that it was no longer ranked and that copies didn’t seem to be available except through resellers. Odd, I thought. What’s up? When I called to order more copies from the publisher, it was days before I got any response. Weird.

The publisher had changed hands twice since it was originally published in 2001 when Crossing Press had made the deal with me. They were subsequently bought by Ten Speed Press who is now owned by Random House. My one title was lost in the shuffle. After several weeks of phone calls and emails I was told that my book was not going to be carried on their lists anymore.

Rather than being upset or depressed, I was actually elated. I am anxious to reprint it myself, update a few of the lessons and change its look. That’s one of my goals for 2010.

Today I signed for and picked up the express mail envelope containing the  final document from Ten Speed Press. The rights have officially reverted to me. Not sure many authors are happy when such a thing happens, but I am.