Have You Even Asked? 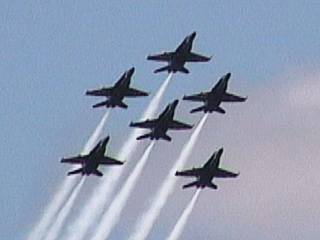 Just back from meeting someone new for coffee and recognized a theme in our conversation. This wonderful woman entrepreneur had a great idea. She had found a location to house her concept that absolutely lit her up. The cost of it was discouraging, but we talked about her making the owner an offer just to re-open the conversation. There was great hesitation on my new friend’s part.

I related two stories to her.

A couple of years ago a client of mine who is a photographer was looking for a studio outside her home so she wouldn’t have to schlep equipment every time someone wanted a headshot. If she had a studio space in a good location, people would come there. Plus, if it were in a commercial retail space, there’d be foot traffic and walk-in’s as well. “But I can’t afford any space in Fairfield County, ” she insisted. Long story short, I challenged her to at least speak to a realtor. Which resulted in her finding a space that fit her needs exactly, that when shared with a colleague of hers cost her $500 a month for 2000 square feet of space–exactly what she had envisioned.

Story #2 – I was in the original company of the Mount Holyoke College Summer Theatre and continued to attend shows there for many years. At the beginning of every performance, the director would come out and make a few announcements, one of which went something like this: “Westover Air Force base is located only a few miles from here. They fly their drill patterns at night, so when that occurs, the actors will pause where they are in the performance, freeze, then resume the play as soon as the flight has passed over.” Summer after summer this was the way it was. Until someone said to her, “Have you ever called Westover to see if they might accommodate your show schedule?” The answer was no, she had not. She assumed it was an impossibility, a ridiculous question for a college theatre to make a request of the AIR FORCE.

She made the call. And you know what happened? They changed the flight patterns. No more interrupted summer stock performances, because someone had the courage to ask.

How about you? Have you even asked the question? What inspiration is burning in you that you THINK is impossible and haven’t even allowed yourself to inquire about?  I challenge you to take that risk and share your results with me and my readers.