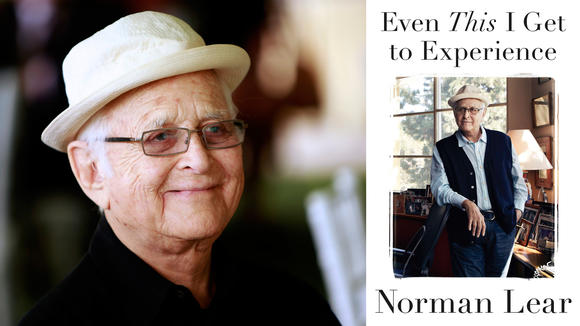 I’m thoroughly enjoying Norman Lear’s memoir (autobiography, really) and bookmarked a page on my nook that I had to share with you. The level of risk this man took puts the risks I take on a daily basis into perspective.

Before he was NORMAN LEAR, he had trouble making ends meet, living high off the hog when he had the opportunity, then closer to the bone as he was chasing his next big thing. He wasn’t always in the driver’s seat. So when All in the Family was getting ready to debut, he had everything on the line. As a reminder, he notes that the popular sitcoms of the early 70’s were defined by hillbillies and petticoats. Was America ready for a reality sitcom before The Real World?

Here’s the way he described the risk of sticking with his guns about the script, which he insisted be uncensored:

A show could be absolutely terrific and fail for other reasons, like the night it was on, its time slot, and how well the network was doing overall.

Imagine doing your very best work and not ‘winning’ the prize of your demographic. Happens all the time, right? What’s important here? What’s the lesson? Over and over I read, experience and know that you must keep doing what’s in your heart and soul, keep putting it out to your market and keep creating, no matter what.

The rewards. As an instructor of mine once taught me most memorably, “It’s like they say in the Talmud: It all depends.”

By the way, what completely charmed me about this book is Lear’s characterization of his mother. Similarly hard to please as mine was, this particular quote takes the cake. When the Television Academy started its Hall of Fame, Lear was among the first inductees along with Edward R. Murrow, William S. Paley, Lucille Ball, Milton Berle and others. He called to share the good news with Mom who responded, “It that’s what they want to do, who am I to say?”