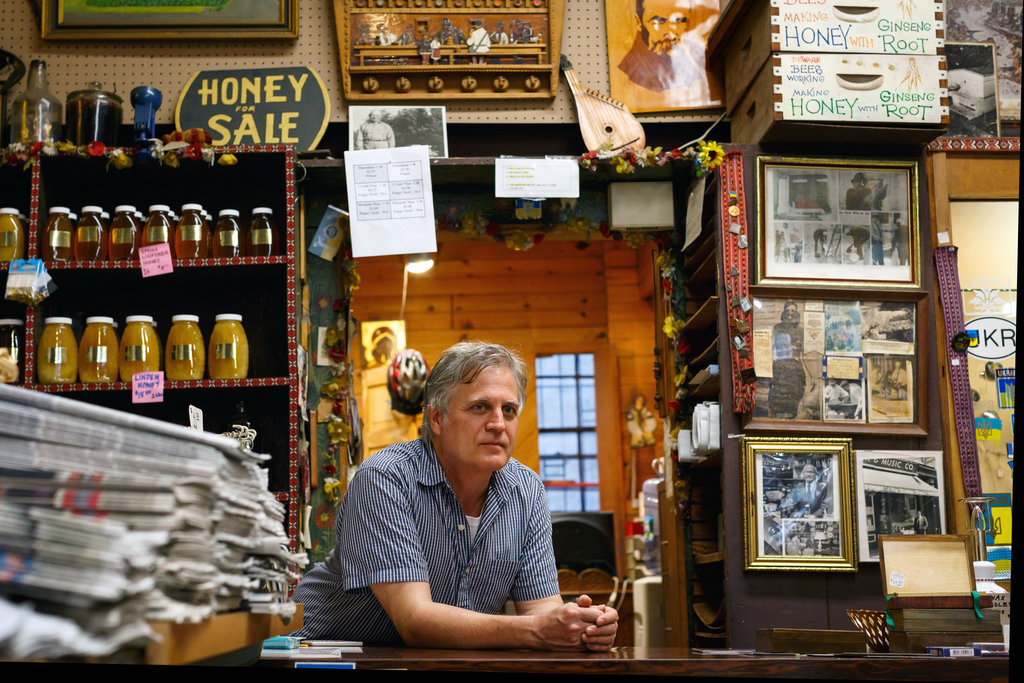 Surma – My favorite place in the East Village

You know the saying – that people (places and things) are in your life for a reason, a season or a lifetime. Surma (wordpress keeps wanting to change its name to Burma…) was one of those places I thought would be there for a lifetime. Sadly, this precious piece of the Ukraine in the East Village is shutting its doors at the end of this month, two years shy of 100 years in business.

Artist in embroidered blouse from Surma

Going into that shop was like not only stepping back in time, but also stepping into another culture. You could smell the beeswax, see the Ukrainian newspapers with their own alphabet draped over the newsstand, touch the embroidered ribbons and hear the music of that culture. Even though I haven’t been there in several years, it was a comfort to me that it would always be there.

From the beginning of my career as an egg decorator, from 1973 – 2003, Surma was my go-to place for supplies and inspiration. When I did my first public pysanky demonstration at John Wanamaker’s in NYC, I shopped at Surma to buy an authentic Ukrainian embroidered blouse to wear while I waxed eggs. Just as the owner, Mr. Surmach, had demonstrated at Stern Brothers in the 50’s.  My father, who had hired him, was given one of the eggs he made during his demo. That egg, which sat on my father’s bureau for years, inspired me to become an egg decorator. Who knew that career would last 30 years?

The tv station New York 1 filmed me giving a demo at Surma bringing our relationship full circle. I even received a letter from Mr. Surmach thanking me for helping their sales by my enthusiasm for this ancient craft.